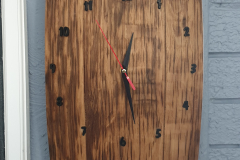 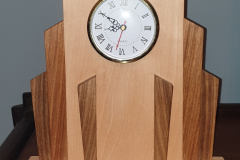 The part of my life that pays the bills puts me in an interesting position. I work for a large, US based multinational, but spend most of my working time in Africa. What I find very interesting is the juxtaposition of Western Time and African Time. Time as we use it in our daily lives is an artificial construct. We have taken the movement of the Earth around the Sun and divided it into Days, Hours, Minutes and Seconds, and then enslaved ourselves to that construct.

The standardization of time started with the development and expansion of the railroads system. Back in the days of yore, almost every town took its local time from the position of the Sun. The local church tower kept time and chimed the hours of the day so workers, mostly those in the fields, would know when to start work, when to eat lunch, when to pray and when to head home. But with the railroads, a standard measure of time became necessary. If your train was arriving at 11h50, it had to be the same 11h50 everywhere, or the system simply never worked.

The first piece of wearable technology was the pocket watch. Much like the technology we wear today, it was a status symbol. And much like the users of technology today, people have been faking it since the start. Those that owned elaborate and ornate pocket watches advertised the fact  with a beautiful fob chain linking their watch to a button on their vest. Those that didn’t own a watch, simply wore a fob chain. The natural extension of that was to be punctual, because that meant you  not only had the chain, but there was watch was attached to the end of it. And so the West became obsessed with time and punctuality.

Africa never developed extensive railroad networks so we Africans tend to have a fairly loose association with time. I have often found myself spending hours sitting outside an office of a high ranking official in a government official waiting to see them for a scheduled appointment only to be told that they are not available. Or arranging a training session set to start at 8h30 am  only for the last person to arrive at around 10am. My American and  European colleagues find this very frustrating. I spend a lot of time trying to explain to them that running a project in Africa according to a strict timeline is like trying to slice hot custard with a bread knife. All you end up with is frustration, a very sticky knife and no custard in your bowl. Its much better to be flexible and gently coax these things along and let them unfold in their own time.

We own a chiming wall clock. I have been listening to it chime away the hours most of my life. I am not sure when it first arrived in my parent’s house. I have a vague recollection of my father hanging it in the entrance hall of the house. That was somewhere around 40 years ago. It has a huge sentimental value for me. The position where it hung was  above my head; my bedroom was on the other side of the hall, and my bed directly beneath it. I never owned an alarm clock, but knew to wake up when the clock chimed 6. As I write this I can hear the steady soothing tick-tock of the pendulum and it has just chimed nine o’clock.  My mother gave me the clock shortly after my wife and I moved into our first home.  I was chatting to my mother on the phone one day and heard the clock chime in the background. I suddenly felt very homesick and told her. That weekend she arrived at our new house with the clock as a house warming gift. It’s hung in every house I have ever lived in and makes it feel like home.

My wife recently had a major back operation.  We have both been patients of the surgeon who looked after her. He repaired my mangled finger after I ran it through a table saw, saving the tip and nail and leaving me with a fully functional finger.  He also performed carpal tunnel surgery on my wife’s hands. He is an excellent surgeon and a fine doctor. These are  all skills that come with time, but being such a great human being is innate. My wife has made excellent progress after her surgery, and we wanted to give him a thank you gift for the care he had given both of us. After spending some time thinking about it, I decided to make him a wall clock. His consulting room is decorated with oak furniture, mostly from wine barrels. I assembled and cleaned a couple of staves from my special batch of aged oak barrels and fitted a clock mechanism. I found some laser cut numbers and added them to create the face. We handed it over to him at my wife’s last appointment.  A couple of months later he bumped into my wife at the hospital and after asking after her health told her once again how happy he was with his gift, and how pleased he was that I had taken the time to make something unique for him.

Following on from the success of the wall clock, I decided to try and make a mantle clock. No question about the style of course. It would have to be Art Deco. With the Empire State Building as inspiration, I spent a long time working on the design. I am normally not very good at translating what’s in my head into sketches and I have never been very good with pen and paper; my handwriting is totally illegible, even to me.  Almost all my plans, are scratches on bits of paper or scrawled marks on the chalk board. But for this project I took a lot of time to work on the design. One of the reasons I like Art Deco is that it is well proportioned and timeless. That is what I wanted for this piece. I dug through my pile of wood scraps and found some Beech and beautifully grained Kiaat. I cut and fitted and changed and re-cut and played, and in the end finished with a piece that almost looked like my design on paper and exactly what was in my head. This was just a couple of geometric pieces that I had to cut and assemble, but it me a long time to get it right. Each matching piece had to be identical. I even tried to match the grain to make it symmetrical. I built jigs and and guides to make sure that the pieces were placed perfectly. The end result is a beautifully proportioned clock. But what really made me happy was that I spent a great deal of time quietly working on this. This was truly fine woodwork and a step up in my skills. It didn’t matter how long it took, just so long as the end result was perfect.

I am in two minds as to whether I should sell the clock or hang on to it. Its not that I need a clock to tell me what the time is, I am a proud African and know that the time is always right now. But this clock, represents something special for me. It represents a coming of age for me as a woodworker and as a maker. This is one of the finest pieces I have crafted. Its incredibly simple, but its not something I would have been able to achieve in the past. This is a talent that I have only managed to develop over time. It was inspired by a thank you gift I made for a truly gifted human being, which in turn was inspired by a sentimental gift that reminded me of home.  I am sure that in the future, I will find time to make clocks. 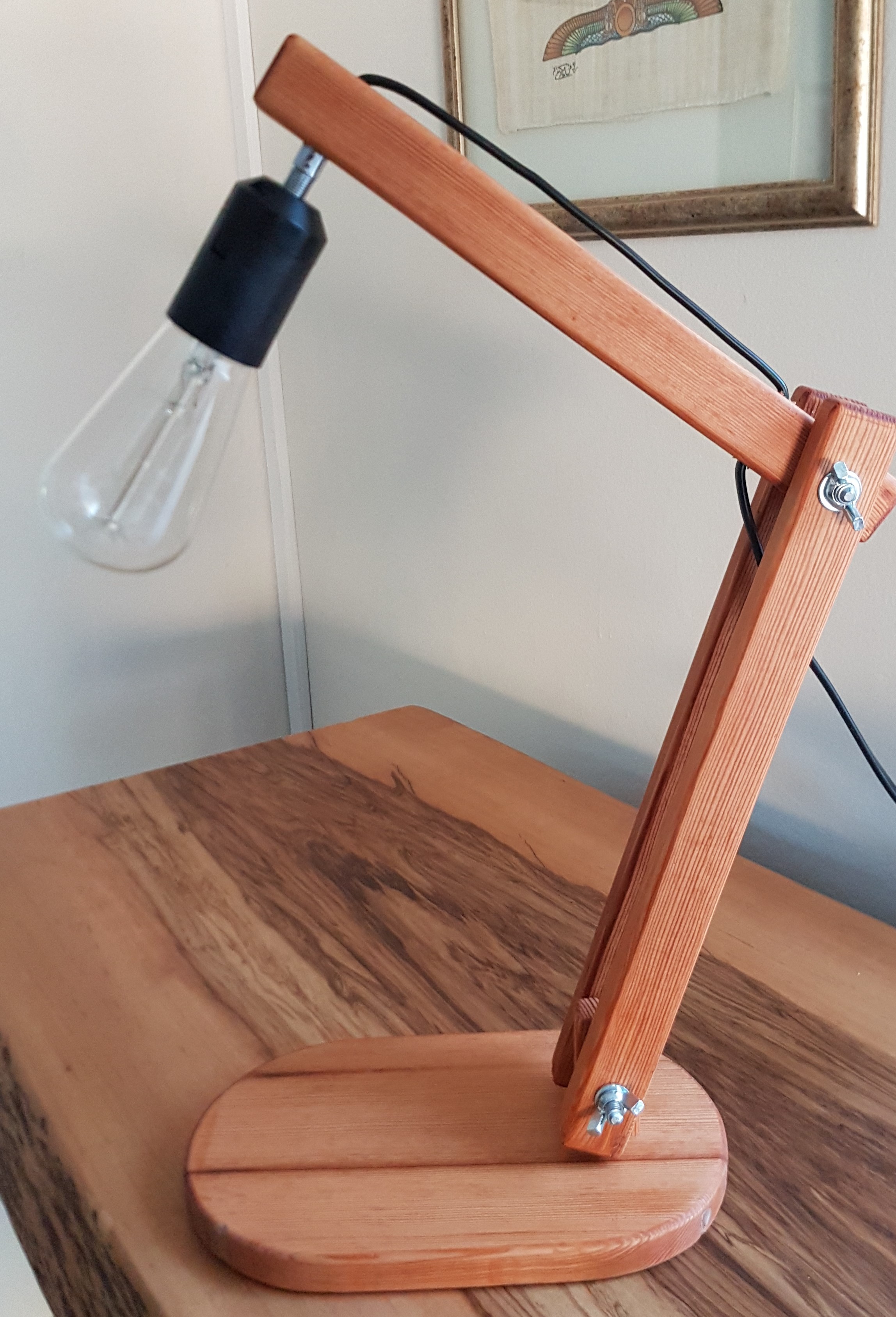 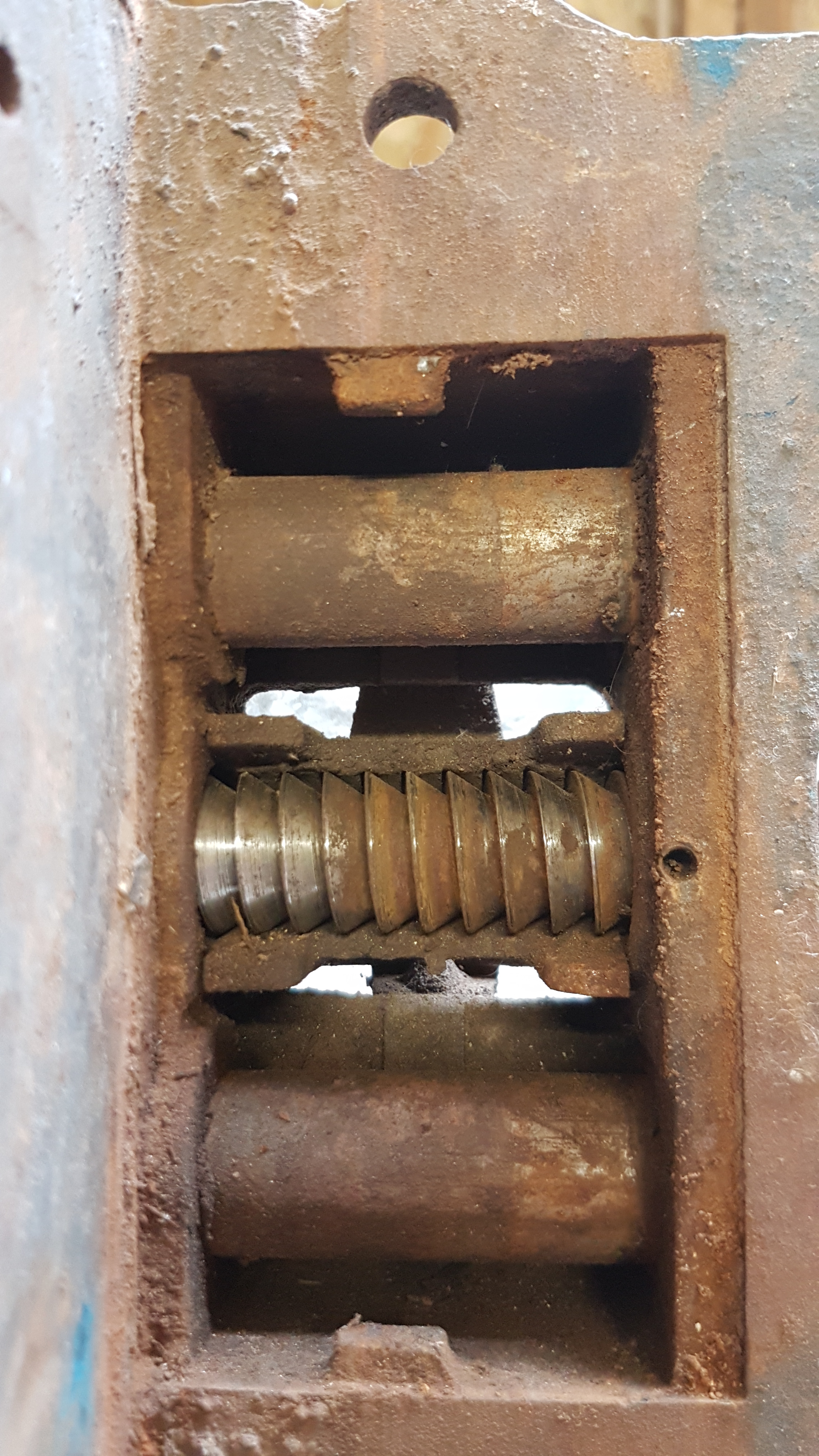 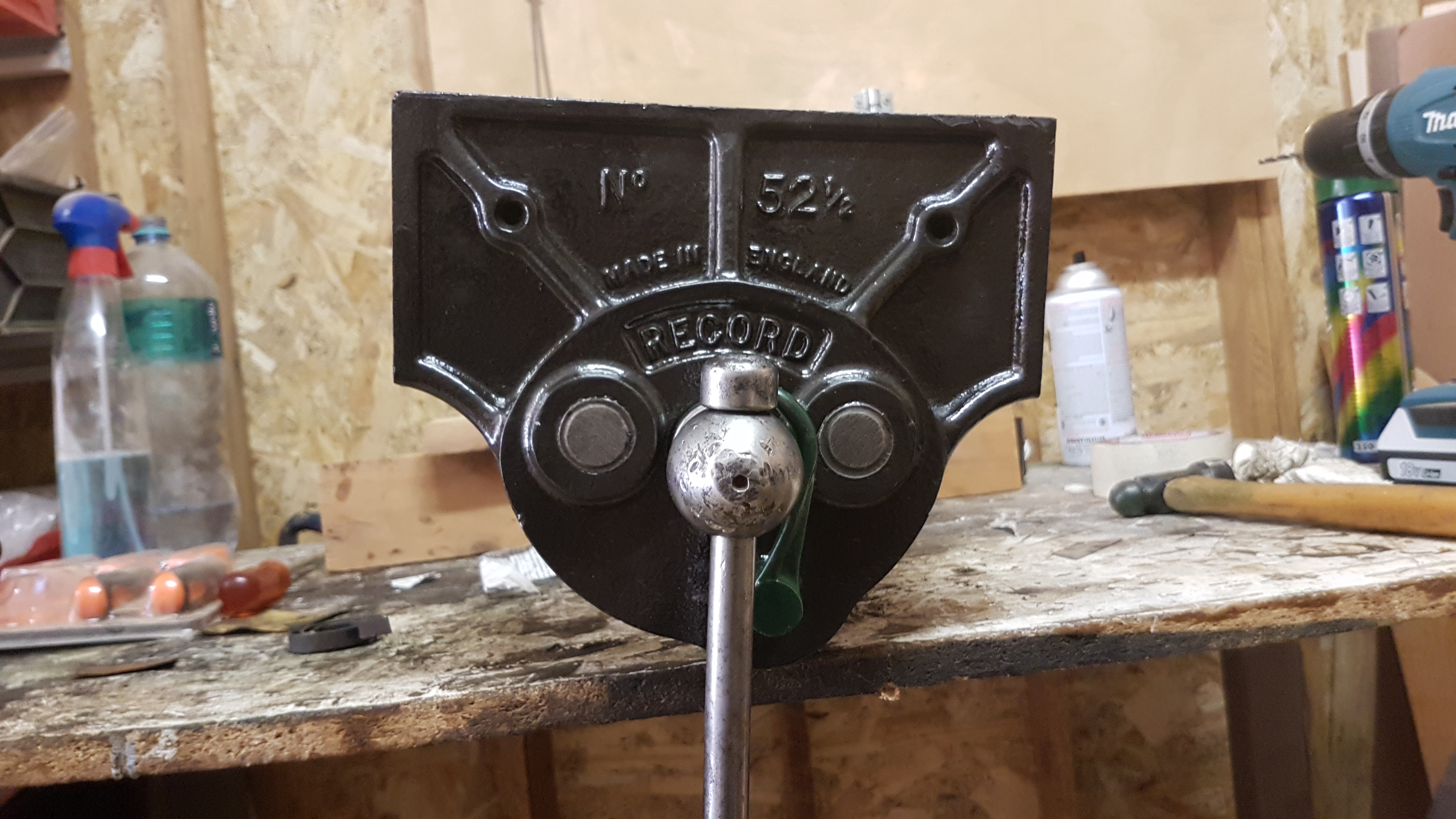 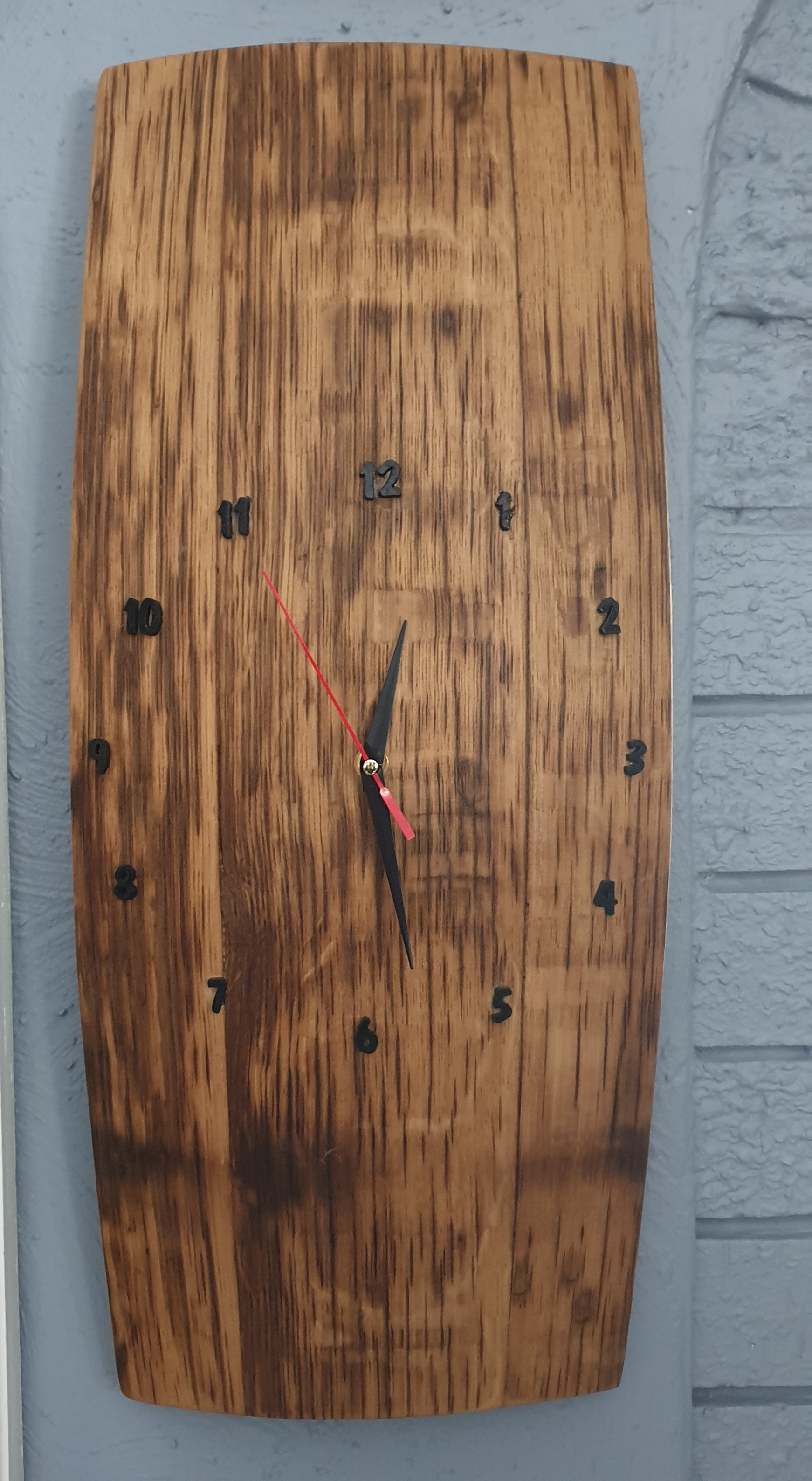 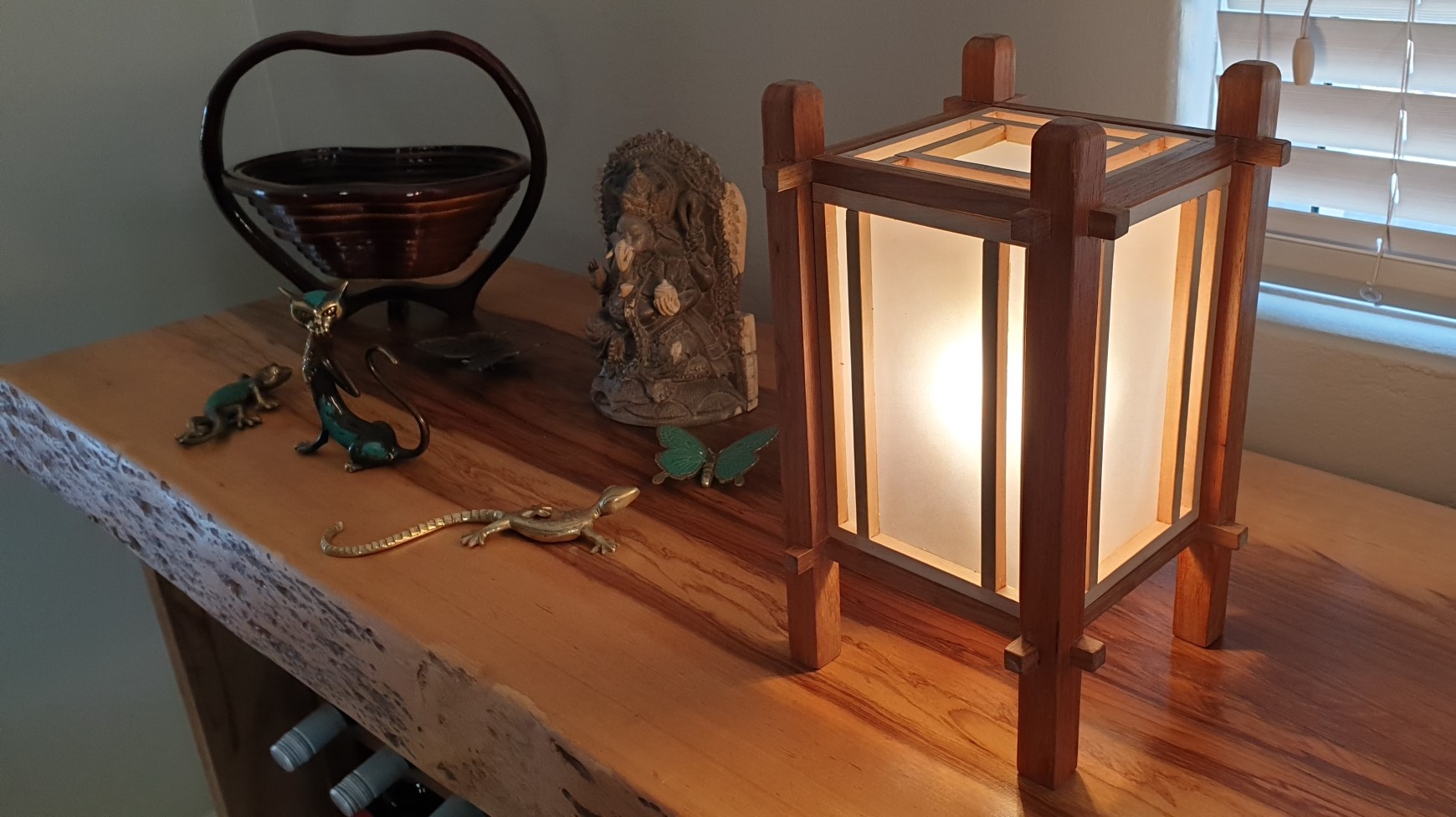 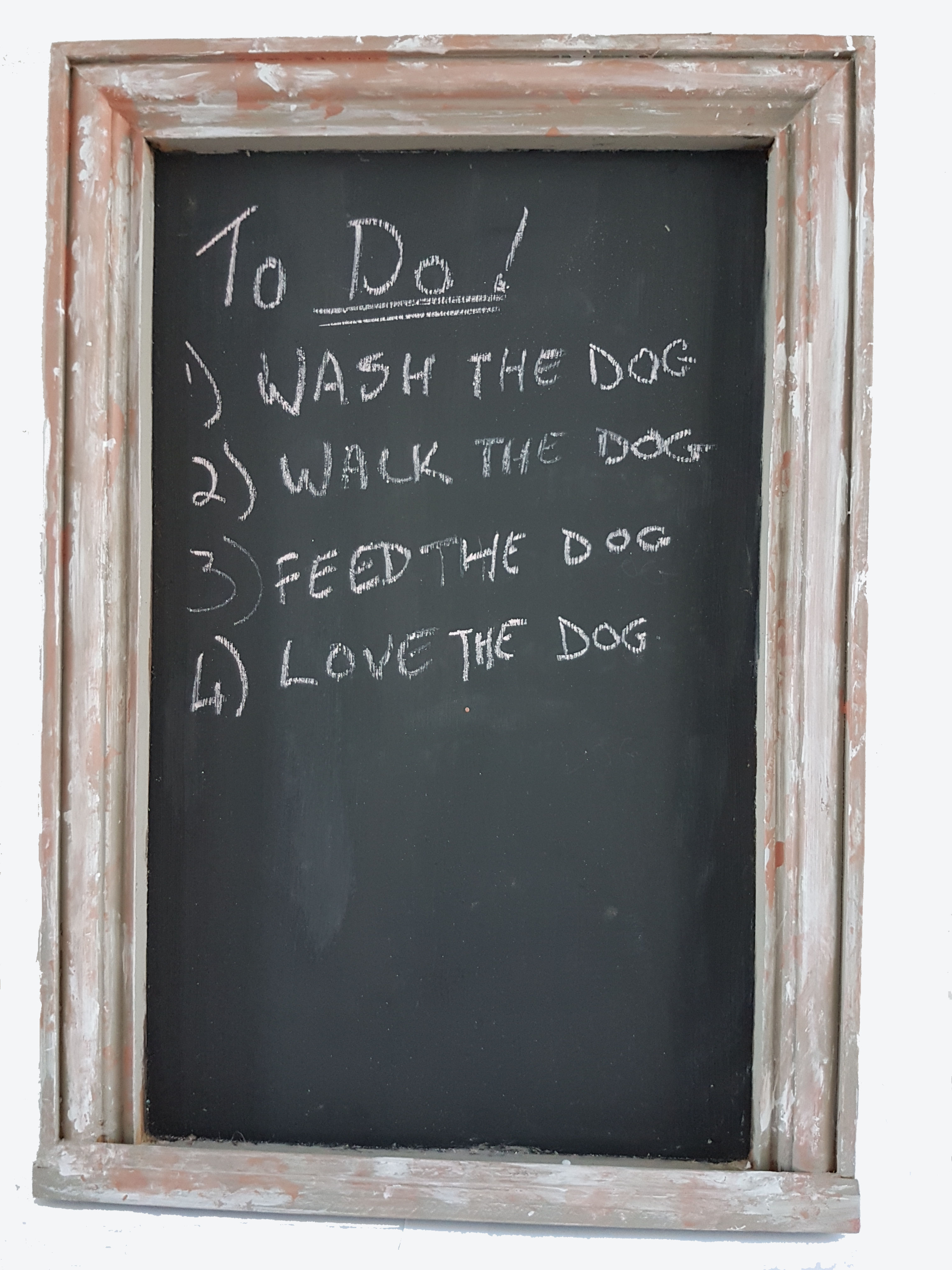